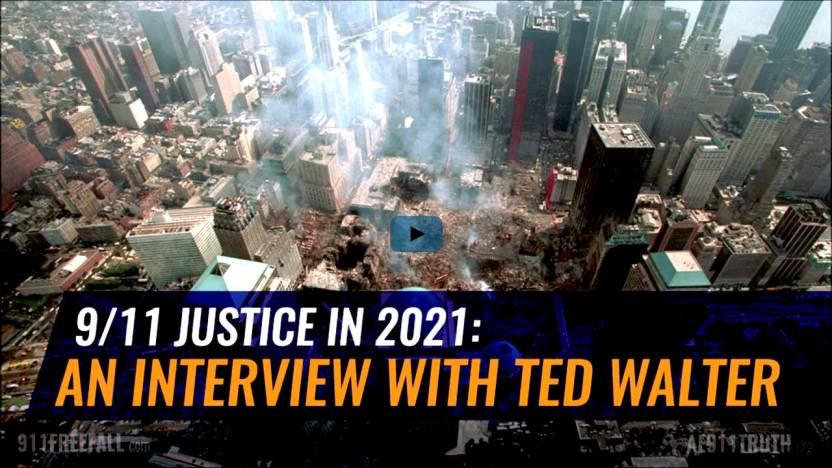 Ted Walter is one of the most principled leaders in the movement to get accountability for the crimes committed on September 11, 2001, crimes that to this date have gone under-investigated and in some instances uninvestigated.

In this installment of 9/11 Freefall, Ted Walter gives us a status update on the progress of the AE911Truth’s Request for Corrections, which is a hundred-page document, from NIST, for their fatally flawed analysis and “report on the collapse of World Trade Center Building 7 on September 11, 2001 at 5:30 PM in the late afternoon of that day” (NIST Report). Ted goes on to show that there are 8 areas in the NIST Report that violate their own information quality standards.

About 20 years ago Congress passed a law called the Data Quality Act that requires administrative agencies to issue data quality standards they would have to abide by. As part of that law, agencies were required to set up administrative processes where the public and people affected by the information disseminated by agencies, who felt that the information so disseminated was incorrect, could challenge that information and request that it be corrected by that agency. This is the process that AE911truth is using to get NIST to reexamine the collapse of WTC7.

In this pod cast, Ted Walter gives us a detailed characterization of the status of this groundbreaking legal process to force NIST to re-examine the evidence of 9/11.

The other legal action discussed by Ted Walter is a new inquest looking into the cause of death of Jeff Campbell. The official cause of death of Jeff Campbell was that he died in the collapse of the World Trade Center Twin Towers that resulted from the impact of an airliner with the tower. If the proximate cause of death could be established to be the result of explosives, that the coroner report may show upon reexamination, that would imply that World Trade Center Twin Towers came down as a result of explosives.

Ted describes the details of what the legal team already knows about the inquest that is in the process of being evaluated and what that may mean in terms of having the demolition of the Twin Towers reevaluated.